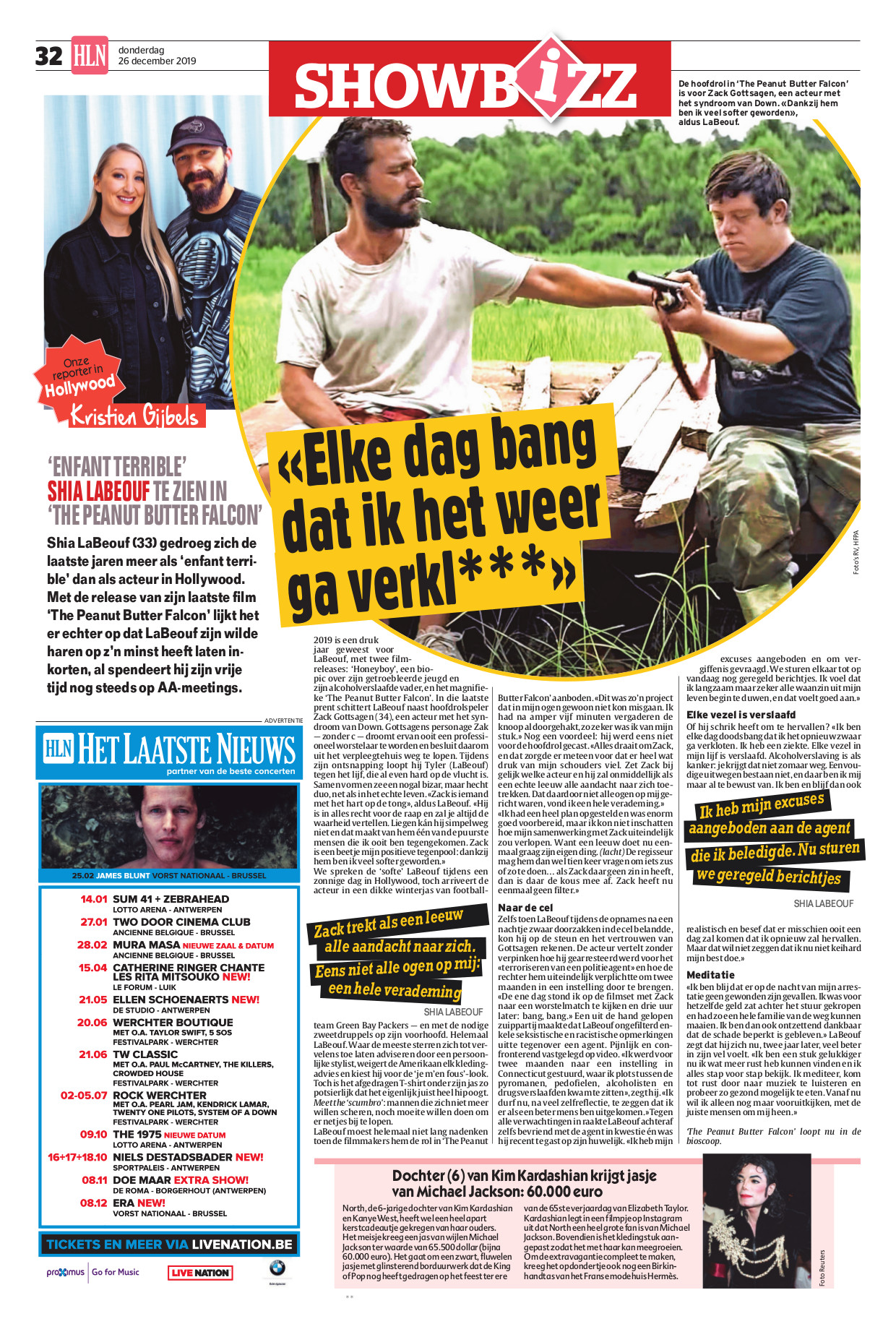 The Peanut Butter Falcon is an adventure story set in the world of a modern Mark Twain that begins when Zak, a young man with Down syndrome, runs away from the nursing home where he lives to chase his dream of becoming a professional wrestler by attending the wrestling school The Salt Water Redneck. Through circumstances beyond their control Tyler, a small-time outlaw on the run, becomes Zak’s unlikely coach and ally. Together they wind through deltas, elude capture, drink whisky, find God, catch fish, and convince Eleanor, a kind nursing home employee with a story of her own, to join them on their journey.

For our client The Searchers, we’ve set up the PR campaign: establishing coverage in mainstream media outlets, collaborating with famous presenter and Down the Road host Dieter Coppens and thus generating lots of visibility in release week!