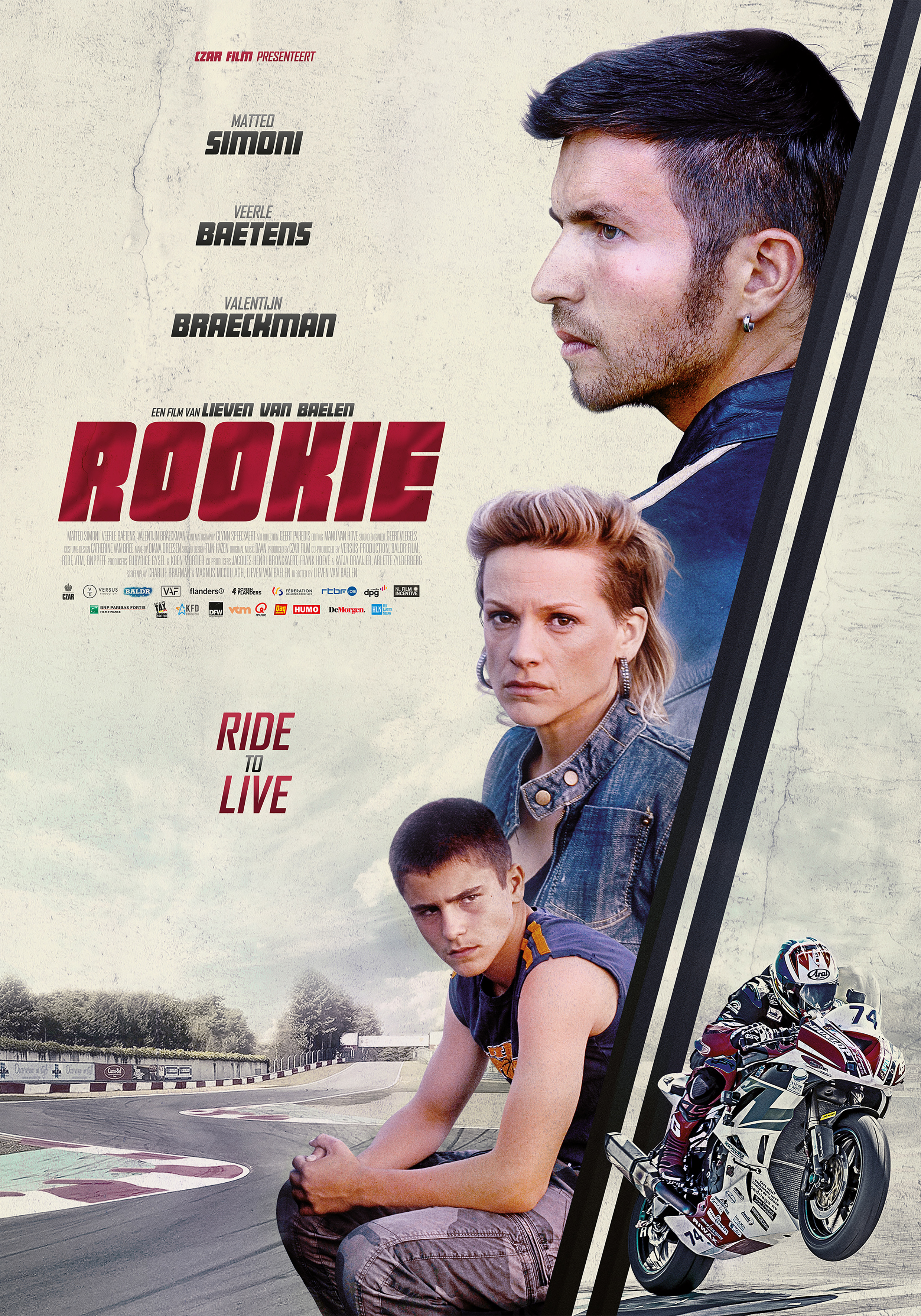 Race suit, check. Gloves, check. Boots, check. Helmet, check. Close your visor, hold in your clutch, rev the bike up to 10.000 RPM and wait for the light to hit green…

ROOKIE follows the story of Nicky (Matteo Simoni), a young ambitious and confident motorcycle racer through and through. He puts his life on the line every race, not for money but for the kicks, the respect and the fame. His world unexpectedly collapses when an accident leaves him unable to race again. He is unable to accept this new life and seeks support to make a fresh start with his sister-in-law Vero (Veerle Baetens) and her son Charlie (Valentijn Braeckman). But the cry of adrenaline and kicks soon rears its head again. Nicky tries to live his dream through his nephew Charlie. It soon becomes clear that Charlie is not cut from the same cloth.

For our client and distributor Kinepolis Film Distribution (KFD), we’ve set up an extensive PR and media campaign for the film. Day One took care of getting both mainstream and specialised (motorcycle) media on board and getting as much coverage as possible in both the Dutch speaking as the French speaking part of Belgium. By setting up interview opportunities, press days and a big premiere on FFO Night #3, we managed to make a nice campaign for ROOKIE, Lieven Van Baelen’s debut feature film.