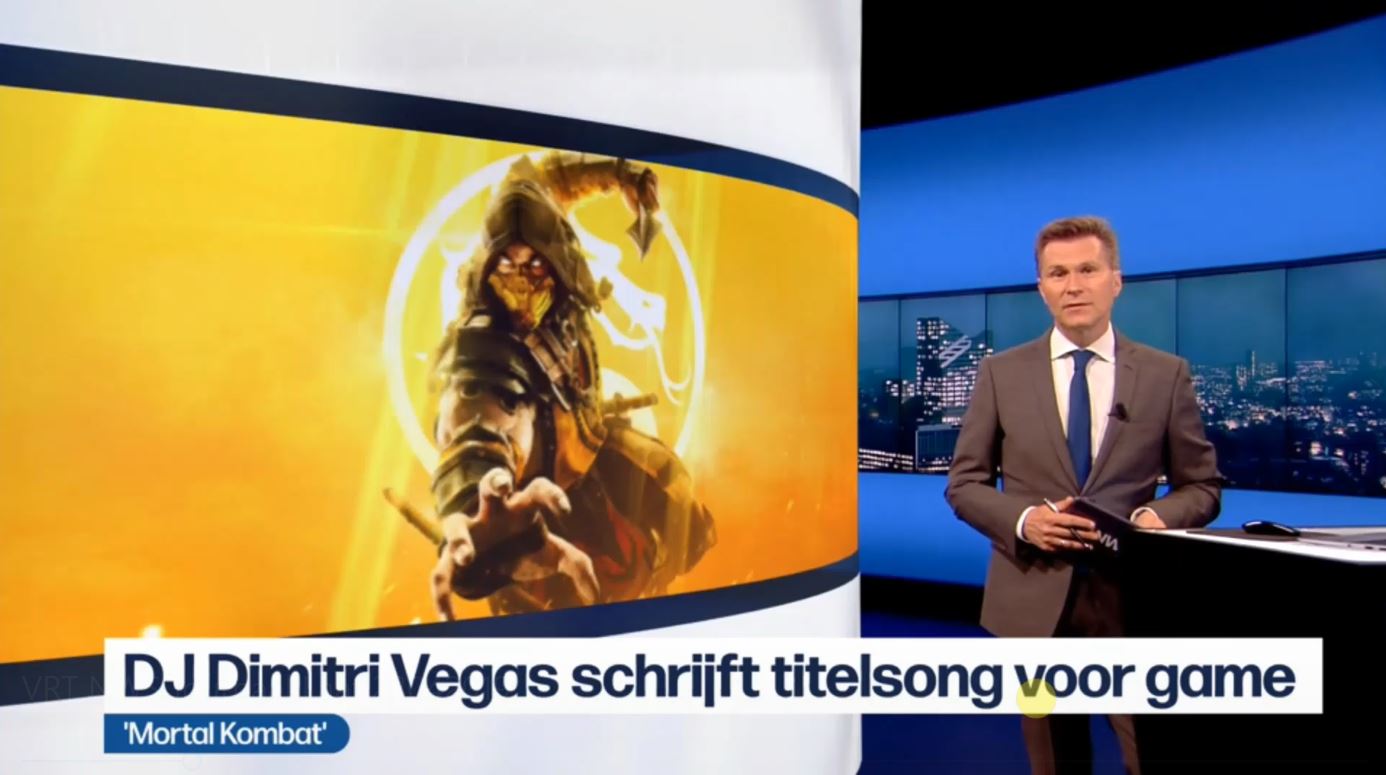 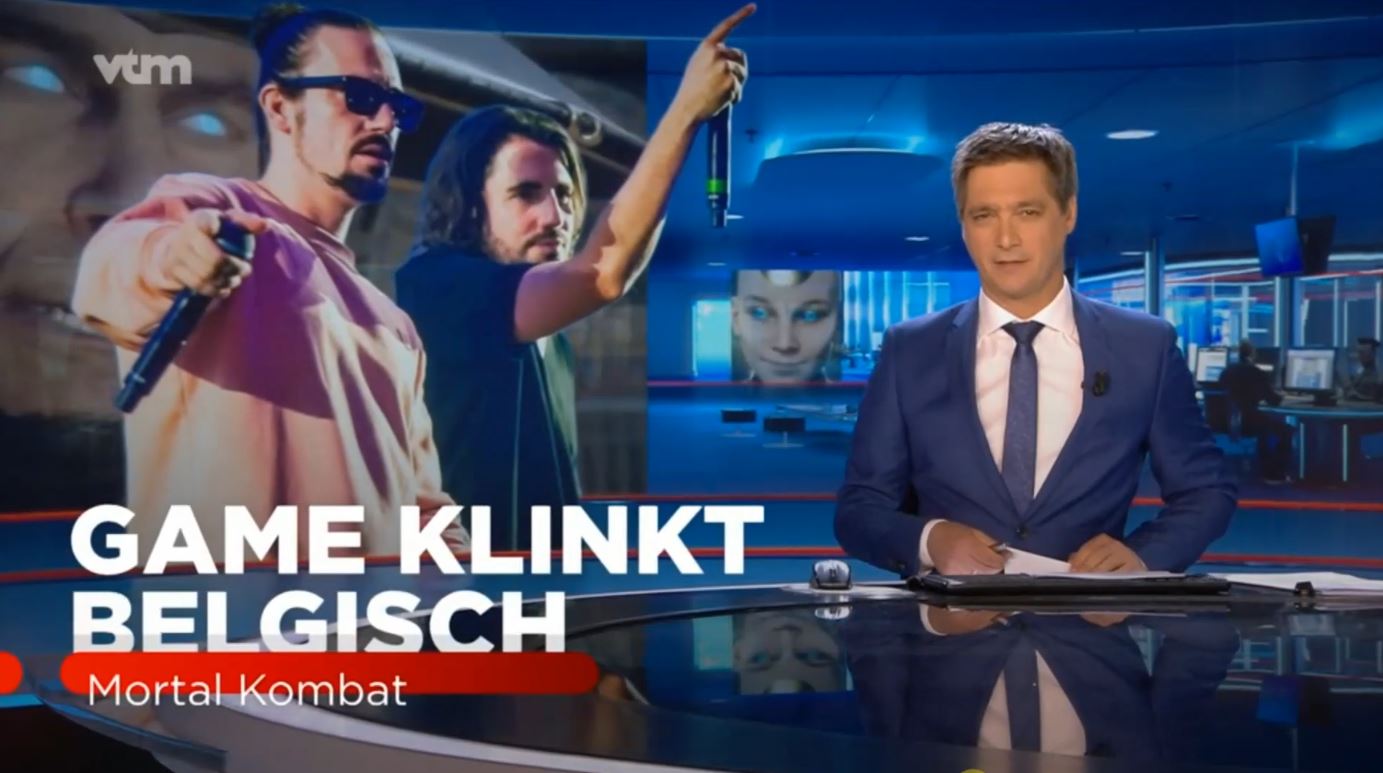 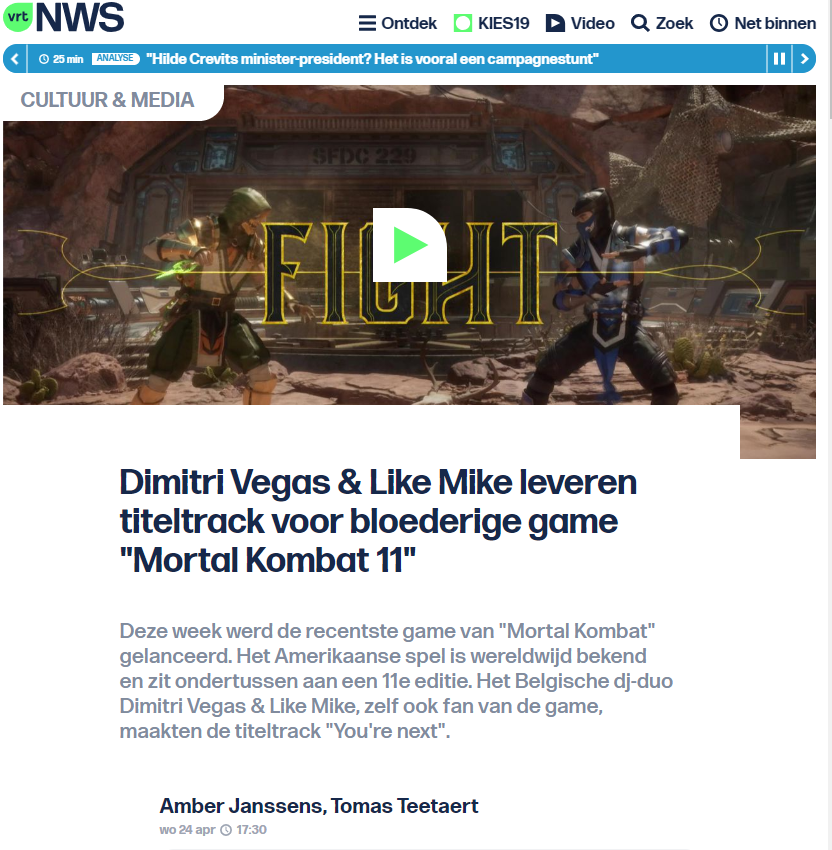 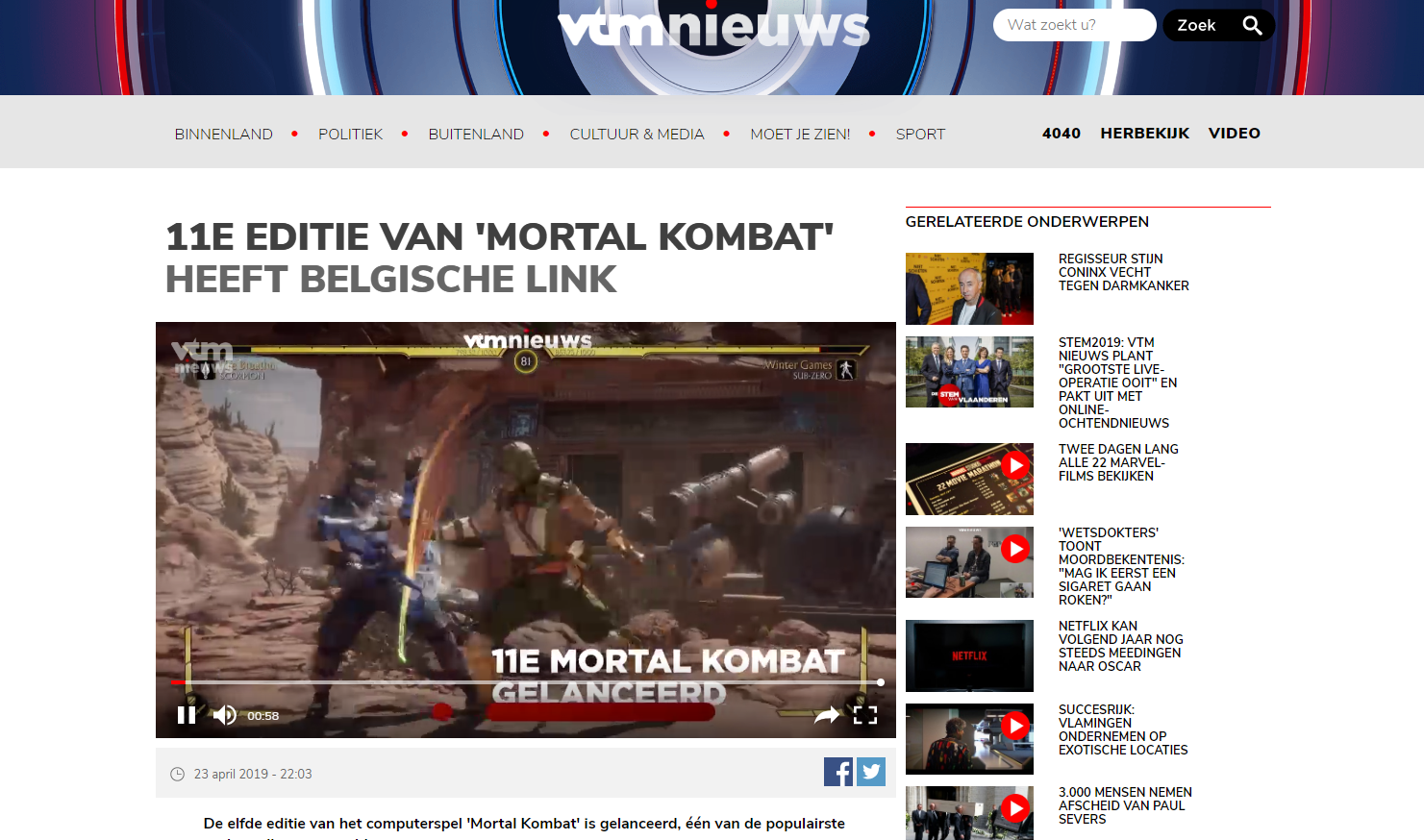 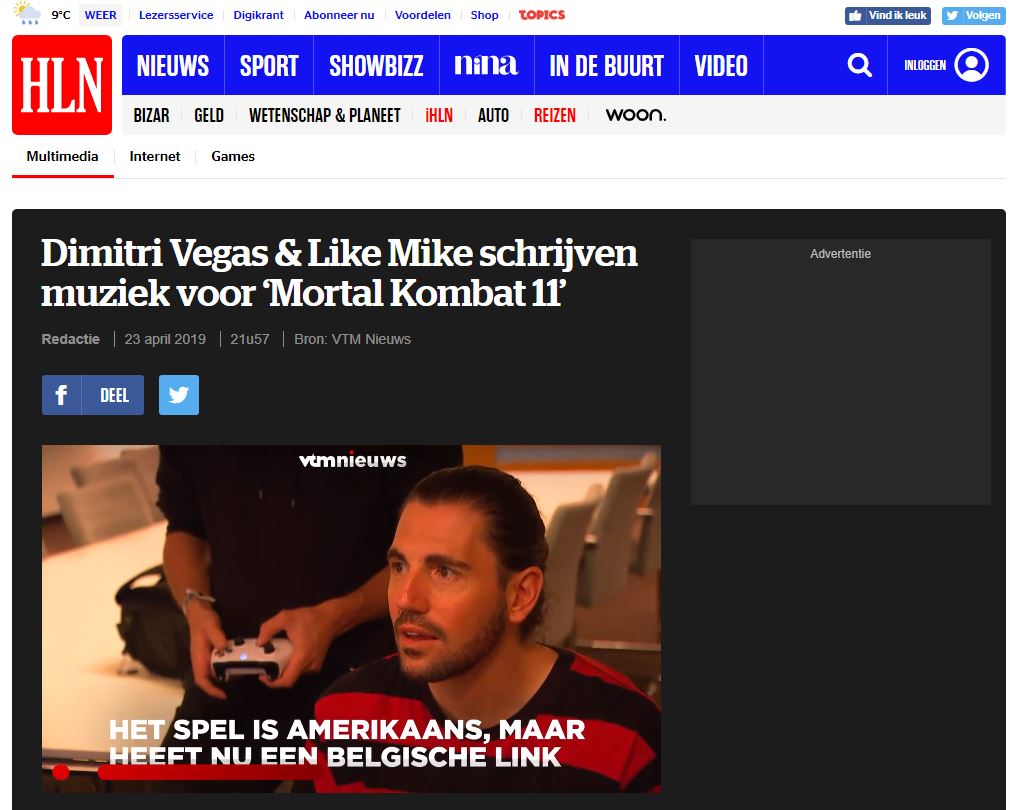 Belgian dj Dimitri Vegas took care of making one of the soundtracks of Mortal Kombat 11. The track is called ‘You’re Next’, which is a reference to one of Scorpion’s gory fatalities in the new Mortal Kombat 11.

For several of our biggest mainstream media (VTM, VRT) we arranged an interview with Dimitri Vegas. He played the game against the journalists and told them more about his relationship with the game and the soundtrack that he made for Mortal Kombat 11.

This resulted in some very nice coverage that was broadcasted on that very day on national television, and other big newsoutlets (radio, papers, online) picking up the news in the following hours/days.