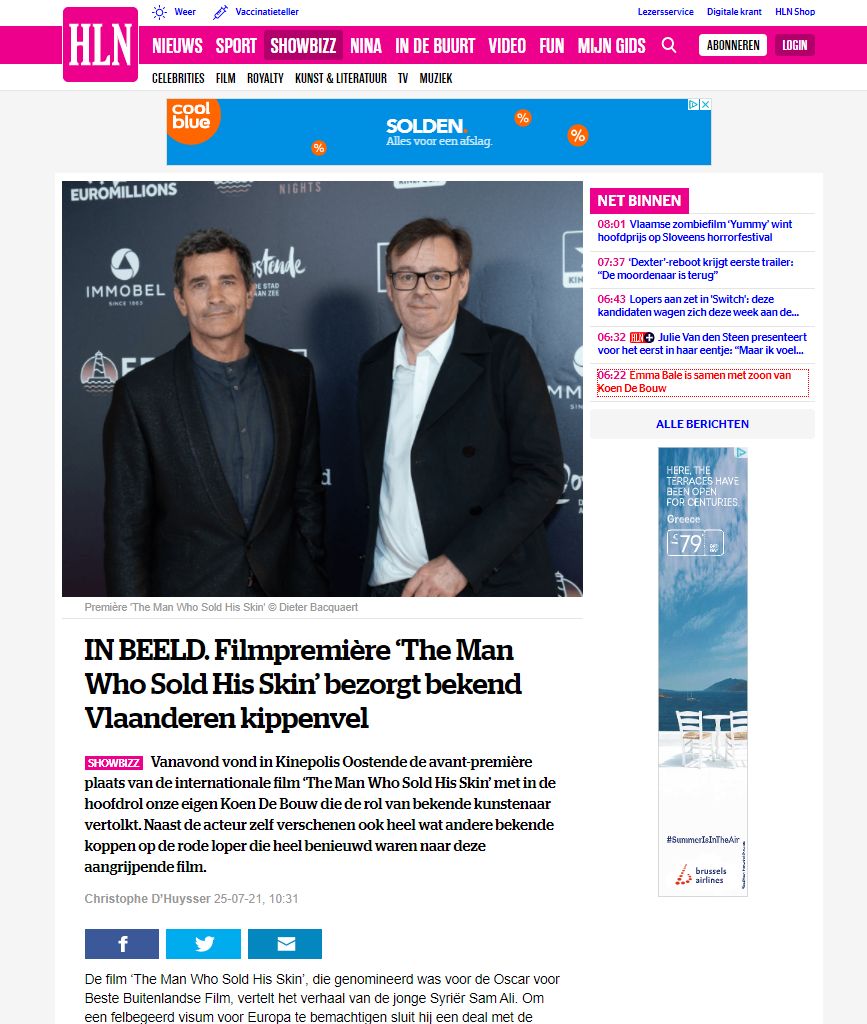 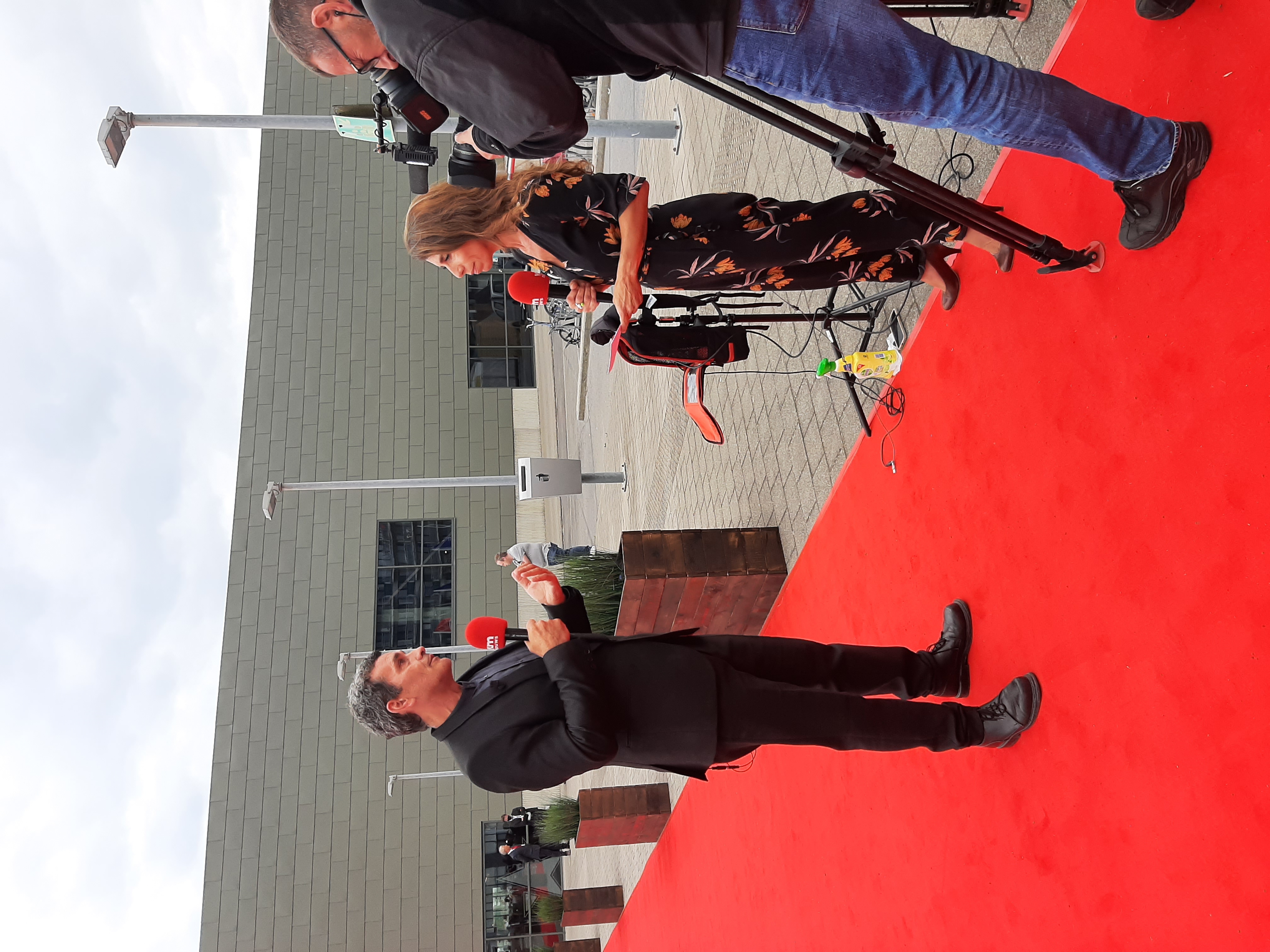 FFO Night #2: The Man Who Sold His Skin

The Oscar-nominated ‘The Man Who Sold His Skin’, starring Koen De Bouw, was the headliner of the second FFO Night, an initiative by Film Festival Ostend to support the relaunch of the Flemish film sector after the lockdown.

Actor Koen De Bouw and artist Wim Delvoye, on whose work the movie is inspired, proudly presented the movie to the public on Saturday.

With Day One, we provided press and media for the red carpet. Pictures FFO by Nick Decombel.