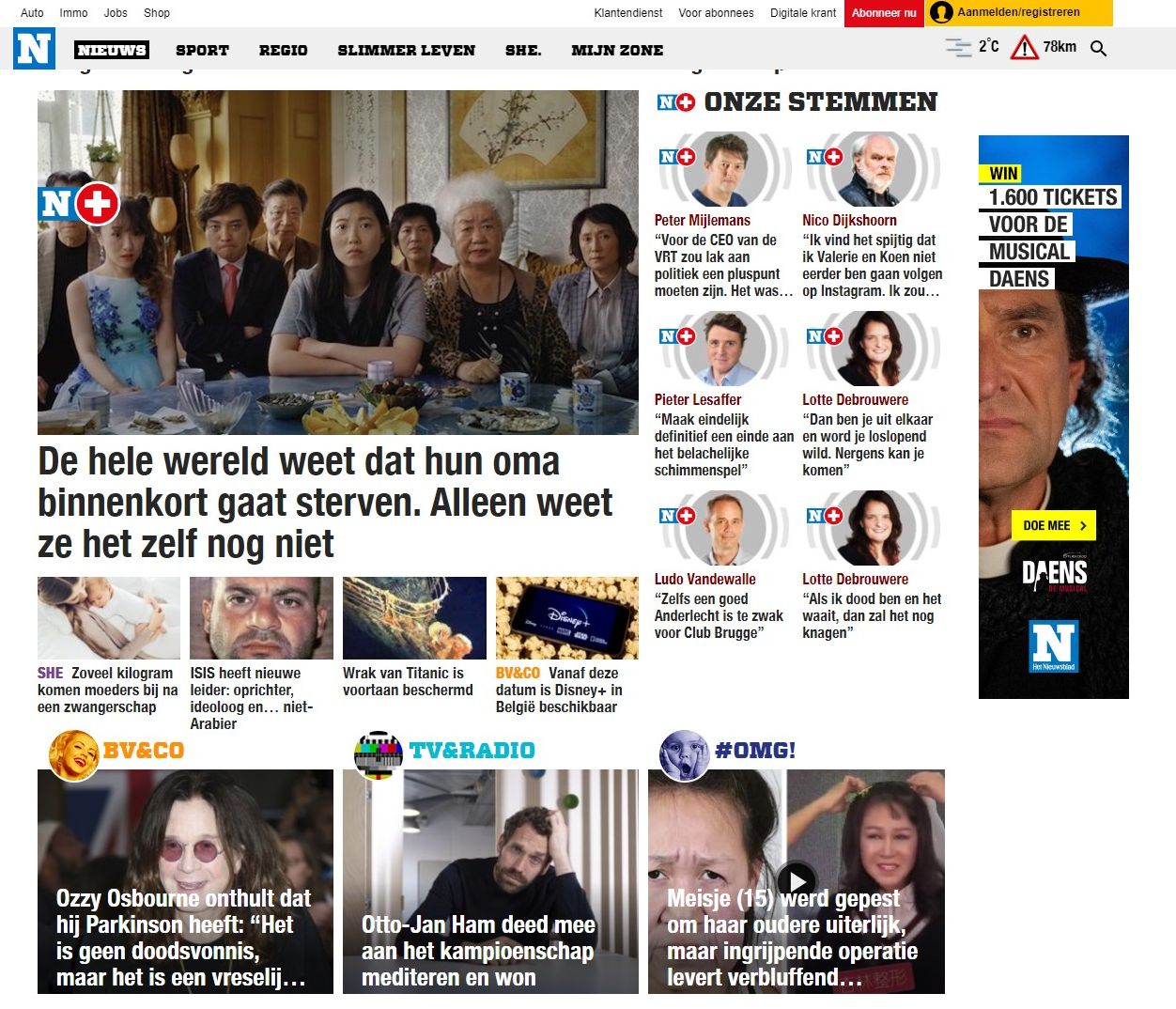 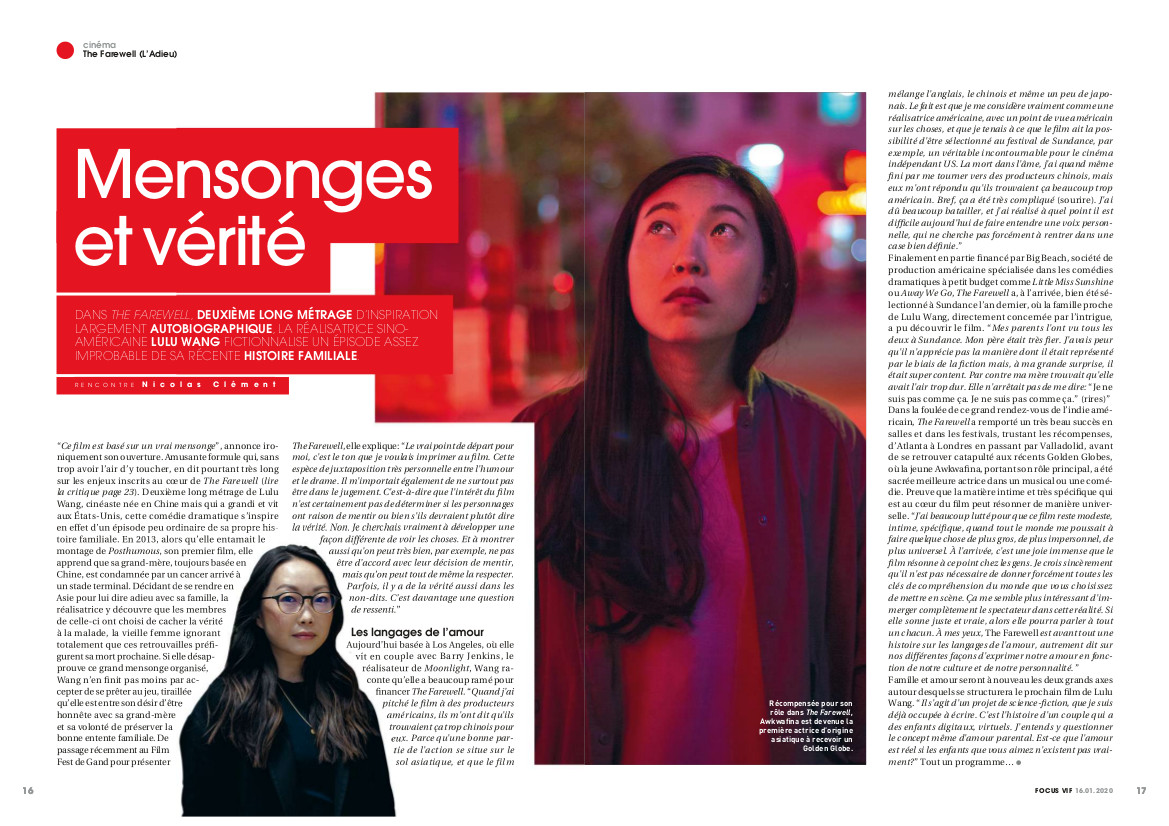 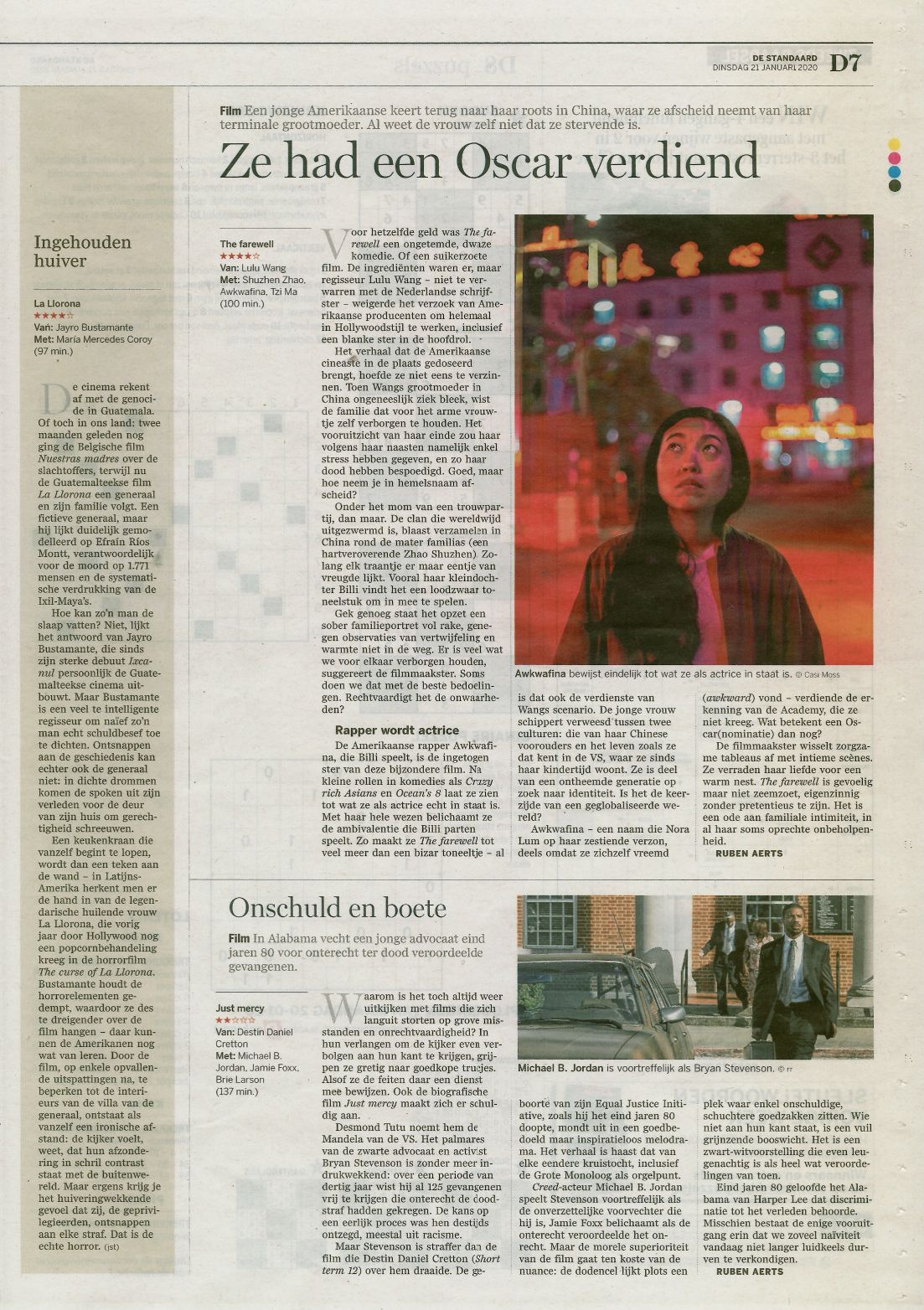 Billi (Golden Globe winner Awkwafina), a headstrong Chinese-American woman, returns to China when her beloved grandmother is diagnosed with terminal cancer. Billi struggles with her family’s decision to keep grandma in the dark about her own illness as they all stage an impromptu wedding to see grandma one last time.

For our client The Searchers, we’ve set up the PR campaign: setting up interviews at Film Fest Ghent, establishing coverage in mainstream media outlets, collaborating with Ghent University and thus generating lots of visibility in release week!