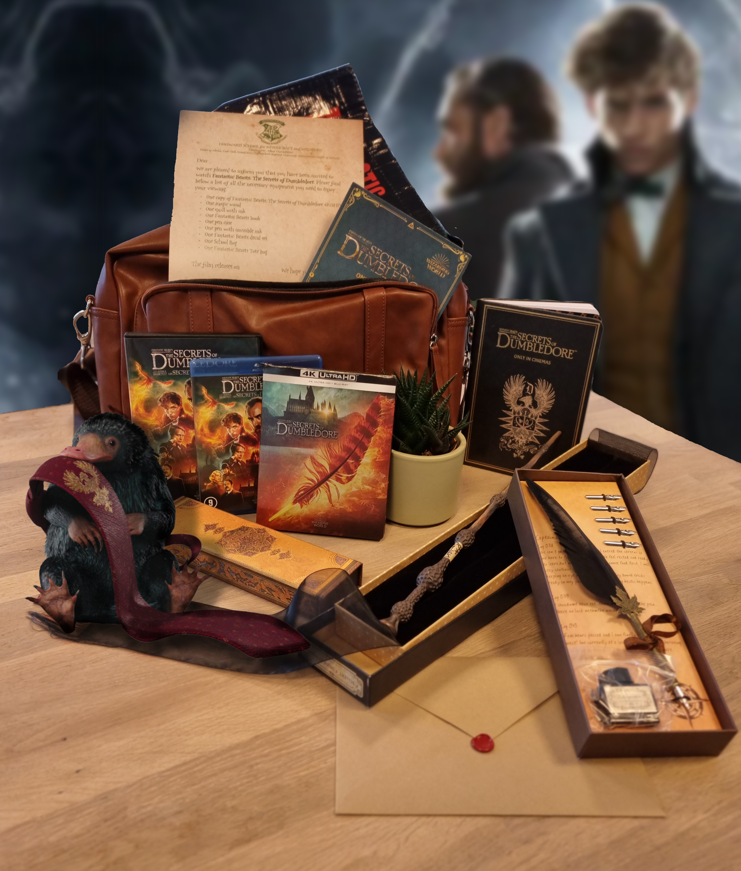 Fantastic Beasts 3: The Secrets of Dumbledore

Professor Albus Dumbledore (Jude Law) knows the powerful Dark wizard Gellert Grindelwald (Mads Mikkelsen) is moving to seize control of the wizarding world. Unable to stop him alone, he entrusts Magizoologist Newt Scamander (Eddie Redmayne) to lead an intrepid team of wizards, witches and one brave Muggle baker on a dangerous mission, where they encounter old and new beasts and clash with Grindelwald’s growing legion of followers. But with the stakes so high, how long can Dumbledore remain on the sidelines?

In the weeks leading up to the physical Home Entertainment release, Day One created an exclusive back to school-themed Fantastic Beasts influencer kit. On the day of release, this kit was featured by 16 Dutch and  Belgian influencers to promote the physical release of the film on their social channels. These influencers were selected based on their broad audiences within the Wizarding World- and general pop culture fandoms.

Starting on the day of release, a large number of film and entertainment platforms and magazines shared articles, posts on social media and organised contests where their subscribers could win a copy of the film. More publications and contests were published in the days and weeks following the release.

Day One also worked with the two biggest Comic Cons of the Benelux: Facts and Heroes Dutch Comic Con. Both of them organised larger competitions which they published on their social channels. Both of these have very large audiences within the pop culture fandom.

All of these different types of publications generated an all-round coverage promoting the release in the broadest way possible.