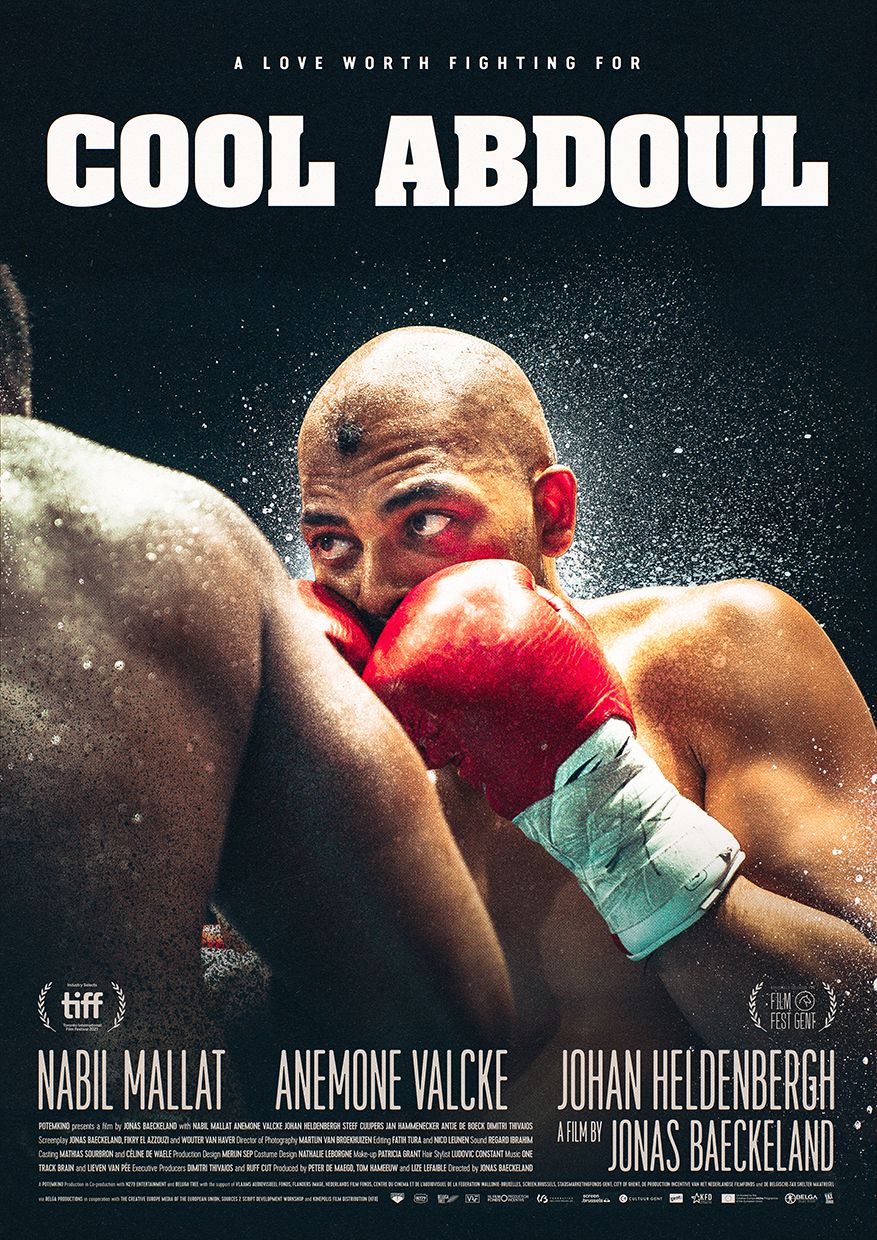 Ismaïl Abdoul (Nabil Mallat), a talented young boxer, makes it to the top and finds love with Sylvie (Anemone Valcke). But he also climbs up as a doorman and checks more and more doors with his men, including the drug trade behind them. He becomes the new sensation, a living legend in and outside the ring. Blinded by his success, he gradually becomes entangled in a web of his own lies and violent actions. The mounting pressure from the police leaves a gulf between him and everyone he cares about, including Sylvie. He will have to fight the ultimate battle: the one with himself.

For our client and distributor Kinepolis Film Distribution (KFD), we’ve set up an extensive PR and media campaign for the film. Day One took care of getting both mainstream and specialised (sports) media on board, securing as much coverage as possible. By setting up interview opportunities, press days and a premiere during Film Fest Ghent, we managed to make a nice campaign for COOL ABDOUL, Jonas Baeckeland’s debut feature film.