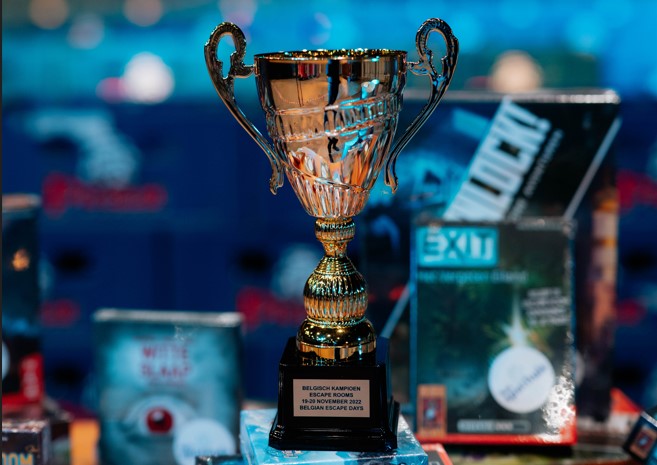 The first edition of the long-awaited Belgian Escape Days is over. The weekend was filled with excitement, puzzles, and, above all, lots of fun. Many immersed themselves in the world of Escape Rooms in the Brabanthallen of Leuven last weekend.

Escape trucks, boxes, hikes, board games,…. not to forget the BK Escape Rooms provided a lot of cracking brains, and wrinkling foreheads but mostly happy faces.

The BK consisted of some 20 escape rooms that each team had to get out of within 10 minutes. After playing for two hours and thirty minutes, it became clear who the strongest teams were. They then, of course, ended up in the prizes.

Day One was responsible for press for the Belgian Escape Days.