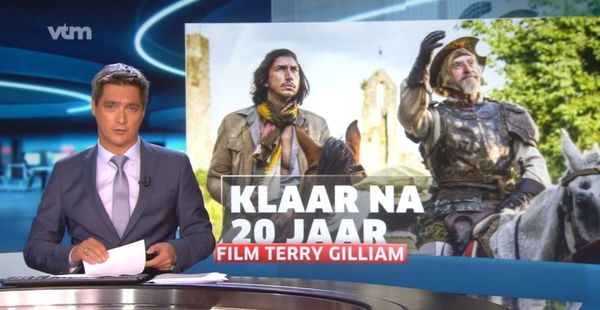 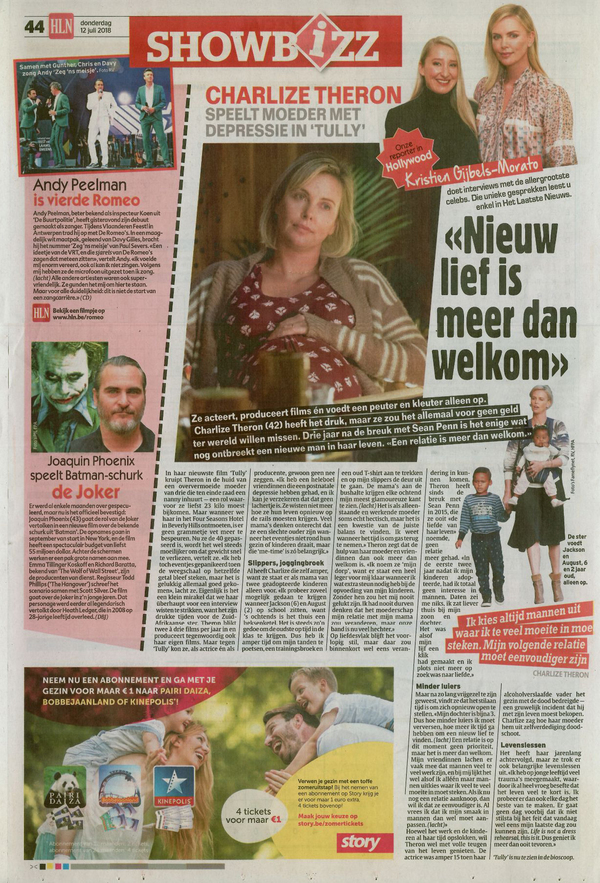 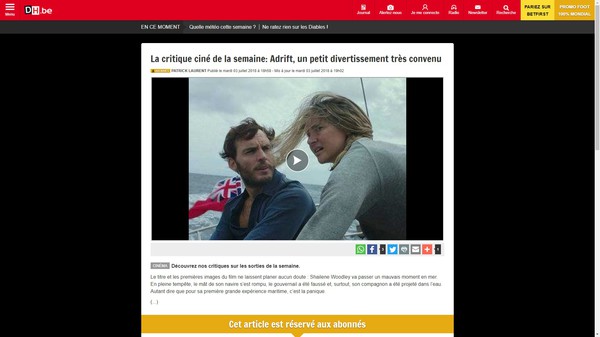 A lot of sweet releases this summer!

‘Adrift’, directed by Baltasar Kormákur (‘Everest’), is a true story of survival. As a young couple’s chance encounter leads them first to love, and then on the adventure of a lifetime as they face one of the most catastrophic hurricanes in recorded history. Featuring Shailene Woodley (‘The Fault in Our Stars’, ‘Divergent’) and Sam Claflin (‘The Hunger Games’).

‘Tully’ is about Marlo (Charlize Theron), a mother of three, including a newborn. Marlo’s brother gives her a night nanny as a gift. Hesitant with the extravagance at first, Marlo comes to form a unique bond with the thoughtful, surprising, and sometimes challenging young nanny named Tully.

After years of misfortune, Terry Gilliam managed to present his epic film ‘The Man Who Killed Don Quixote’ to the world!